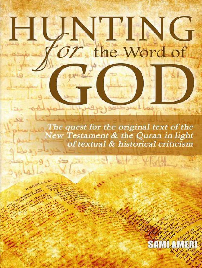 Can the Witnesses Sustain Each Other?

Some apologetic authors who were forced to acknowledge the deficient character of the three witnesses used to build the original/best attainable text got out of this uncomfortable situation by claiming that they agreed with their opponents that none of these witnesses can lead us to the original text. However, they also claim that by using them in a complementary way, they will succeed in reconstructing the desired text where others failed. This proposition agrees with all that has already been said about the deficiencies of these three witnesses, even if we assume that they have been helpful in attaining the lost primitive text.

I think that what has been said in the previous pages is enough to exterminate any hope of reaching that lost text. Nevertheless, I would like to go further, and present another condemnation of the apologetics’ assertion that the deficiency of the textual witnesses will disappear if these witnesses are taken as a group. Here are ten objections.

We cannot guess about the word of God.